During recent years, the penoplasty or penis surgery has become increasingly popular. The size of the genitals in men has always been a concern throughout history.

Because of this concern for the penis size, many non-surgical methods are available (pills, massages ...); but the only really successful way to change the size and shape of a penis is surgery.

The penoplasty or phalloplasty is a cosmetic surgery procedure for the size of male sex which includes enlargement and / or elongation of the penis, which is either the increase in penis length, obtained by cutting the ligaments, or girth or width of the penis, with the use of fat transfer techniques "lipofilling penis."

Often, to create a more natural appearance of the penis, the surgery of elongation and augmentation will be performed at the same time, although either may be carried out alone.

It is also important to have realistic expectations of this intimate surgery in men is penoplasty to avoid disappointment with the results.

If you are considering penis enlargement surgery, genital surgery of man, you can contact Dr. Chiraz Bouzguenda, for more information and a quote.

The 'normal' size of a penis, according to several studies, varies from one man to another and depends on its status: flacid or in erection:

At flaccid situation:
In erection:
Why penoplasty?

Very few men have a very small penis, known as micropenis term, where his resting length of less than 7cm 4cm or erect. This is a very rare situation and is normally diagnosed and treated in infancy with testosterone hormones.

Men with smaller penises than average have low self-esteem and feelings of sexual inadequacy, these men are good candidates for penile augmentation surgery. 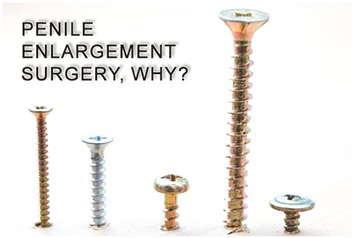 Penile augmentation surgery, called penoplasty or phalloplasty, includes the magnification of the penis and / or the elongation

These two penile augmentation techniques can be practiced alone or each in the same operation.

The penile augmentation surgery can provide a real boost to self-confidence, self-esteem and reduce feelings of sexual inadequacy.

Before the surgery penoplasty

Before the penile augmentation surgery and because of the psychological implications of such surgery, it is best that you visit a counselor to discuss concerns and special circumstances. Make sure you get as much information as necessary to enable you to make a fully informed choice.

You must clearly state your expectations and whether the operation can give you the results you desire.

The genital area will require a shave before any procedure.


The surgery of penis enlargement is usually performed under local anesthesia with IV sedation or general anesthesia.

The penoplasty can be performed as an outpatient.

The operation of penoplasty usually takes about 1 to 2 hours, depending on whether you have the elongation or expansion procedures or both at the same time. 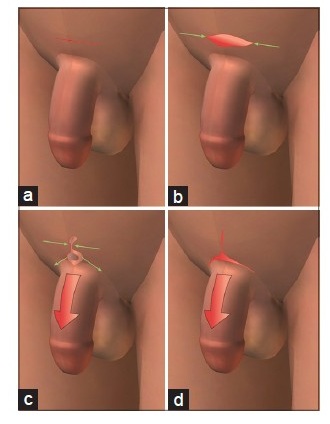 With the enlargement of the penis by lipofilling procedure, there is a risk of fat absorption from 30 to 40% as with any lipofilling. It will perform a 2nd session of lipofilling after 6 months.

You will need to rest and recover for one week after the operation.

Resuming operation of the penis will be quite normal, both in terms of micturition than the erectile capacity.

Using the recommended analgesics if in pain.

Massaging your penis every day using Vaseline or similar to avoid asymmetry of the penis and to prevent the formation of irregularities.

Avoid sexual activity for one month after surgery.

Penoplasty After surgery you should expect some pain and discomfort for several days. There will normally be some swelling, numbness and bruising, it should disappear after a few weeks.

It is important to have realistic expectations of this penis enlargement surgery to avoid disappointment with the results.

The lengthening of the penis is a permanent surgical procedure. Most men are very happy with the results, both aesthetically and functionally.

What are the risks and potential complications of penile augmentation surgery?

Like all surgeries, there is always a possibility of complications, although rare, these can include: